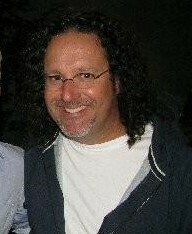 One on one - session with Blake Chancey - RMP and music producer

Chancey is the son of record producer and label executive Ron Chancey, who signed George Strait and Jimmy Buffett, and produced the Oak Ridge Boys and Billy Crash Craddock among others.

Beginning his career as a sound engineer, he first worked with Ricky Nelson, The Allman Brothers Band and Joe Walsh. He later enrolled in the Music Business Program at Middle Tennessee State University where he received a BA in Music Business. Working with Bob Beckham at Combine Music, he worked with writers such as Dennis Linde, Kris Kristofferson, Tony Joe White, Larry Gatlin and Guy Clark. One of his first successes as a producer was the platinum debut album of David Ball.

In the early 1990s, Siman and Paul Worley, who were running Sony Nashville, reached out to Chancey to serve as A&R executive and producer at Sony Records. While at Sony Chancey worked with and developed The Dixie Chicks, Ricochet, Montgomery Gentry, as well as overseeing the A&R of many other artists on the roster. He went on to produce Waylon Jennings, Billy Ray Cyrus, Little Big Town and Mary Chapin Carpenter and many other Sony artists.

Since leaving Sony Records, Chancey has worked as an independent producer and publisher, producing records on Montgomery Gentry,[2] Gretchen Wilson, The Lost Trailers, Kellie Pickler,[3] Jeff Bates and others.

Save this product for later